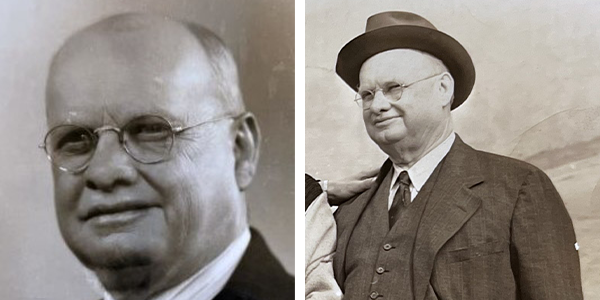 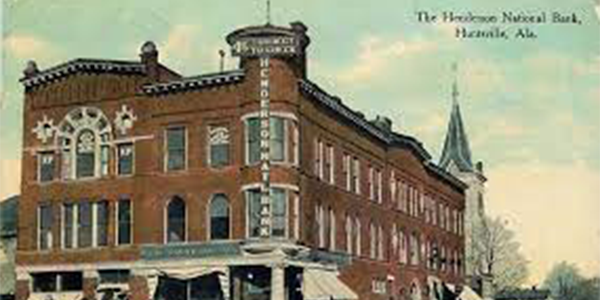 Robert Murphree may have been visionary, but he could never have envisioned the long-term impact of his bequest to Huntsville Hospital. What started as a modest gift of stock ultimately became an incredible $8.5 million payout for the hospital, enabling a priority project that still benefits patients today .

Here is the history of Mr. Murphree and that impactful gift:

Robert Murphree's cousin James came to Huntsville from Troy, Ala., in the early 1900s to help his friend and cousin Fox Henderson start a bank. Tradition says that Henderson tried to purchase a spindle company and a local bank refused to accept his check, so he started the new bank out of spite. This first bank was in the Struve Building on the northeast corner of Washington and Randolph Streets downtown.

Fox Henderson held more than half the bank's shares, so it's not surprising that the board of directors voted at their first meeting in 1907 to name it The Henderson National Bank of Huntsville. James A. Murphree was the second largest shareholder and served as cashier (the day- to-day manager, overseeing the operations). When James died in 1910, Robert Murphree moved to Huntsville to take his cousin's place as cashier.

When Fox Henderson died in 1918, Robert Murphree became president of the bank and later Chairman of the Board, a position he retained until his death in 1951.

In 1946, a devastating fire swept through the Struve Building, thought to have originated in the Elks Club on the third floor. Although the bank reopened within two days and continued operations there, this event revived the directors' interest in a new building.

The bank moved into its brand-new building in 1948. At the time, it was described in The Huntsville Times as a "handsome, ultra-modern structure" with a "functional modern design". The building still stands at the northwest corner of Jefferson and Randolph Streets and is still in use as a bank. 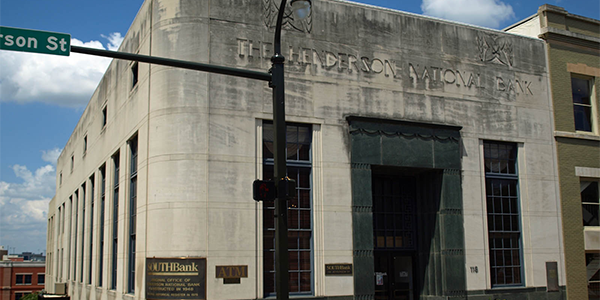 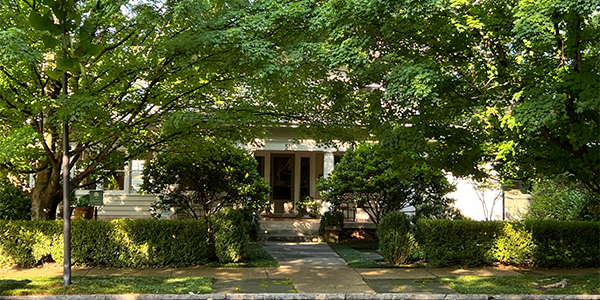 Robert became a member of the Executive Committee of the Chamber of Commerce in 1912 and was a founding member of the Huntsville Rotary Club. A shrewd businessman, he made it his business to know the bank's customers personally. He could have a generous heart. He once saw a minister dressed shabbily and was inspired to purchase a new suit for every minister in Huntsville.

Robert and his wife Mabel had no children and she preceded him in death. Mabel had many health issues throughout her life and Robert was in poor health for some time prior to his death. Robert felt they both had been very well-treated by Huntsville Hospital during their many stays and he determined to remember the hospital in his will.

There were two people he wished to care for as well, so he arranged for his bank stock to be placed in a trust at his death. Bess Bradley was the widow of Robert's dear friend who had been manager of the Merrimack Mill from 1904 to 1922. Robert left Bess the income from 50 shares of the stock for her lifetime. He also left Dan Walls, his butler and chauffeur, income from 30 shares of the stock for his lifetime. Huntsville Hospital received the income from 78 shares of stock until both Bess Bradley and Dan Walls passed away. At that point, in 1985, the trust was dissolved and Huntsville Hospital was given possession of all 158 shares.

Huntsville Hospital held onto the stock from 1985 to 2013, utilizing the earnings to defray the expenses of indigent patients. In 1973, Henderson National Bank became a subsidiary of First Bancgroup - Alabama, which later changed to First National Bank of Alabama - Huntsville. In 1985 it merged into AmSouth Bank.By then, due to the mergers and stock splits, the original 158 shares of bank stock worth $16,000 had grown to 68,927 shares worth $3,187,873.

The Health Care Authority, Huntsville Hospital's governing board, was encouraged to sell or at least diversify many times until finally in 2013, facing the need for a complete renovation and expansion of all food service provision at the main hospital, the Authority decided to sell the shares.By then, they were worth over $8.5 million dollars.

Robert Murphree's obituary in The Huntsville Times contained the sentence, "Despite the fact that he had become an old man, and that violent changes had come in the latter part of his life, he never became ossified."

Unfortunately Robert died on the cusp of the exponential growth that came with the arrival of the von Braun Rocket Team in the 1950's. But his bank stock certainly benefited. He provided for nephew Dean with a bequest of real estate. He provided for two other individuals who were important to him by carefully planning the use of his bank stock. And he provided for the hospital's less fortunate patients for many many years and for a major capital project that still benefits the hospital today.