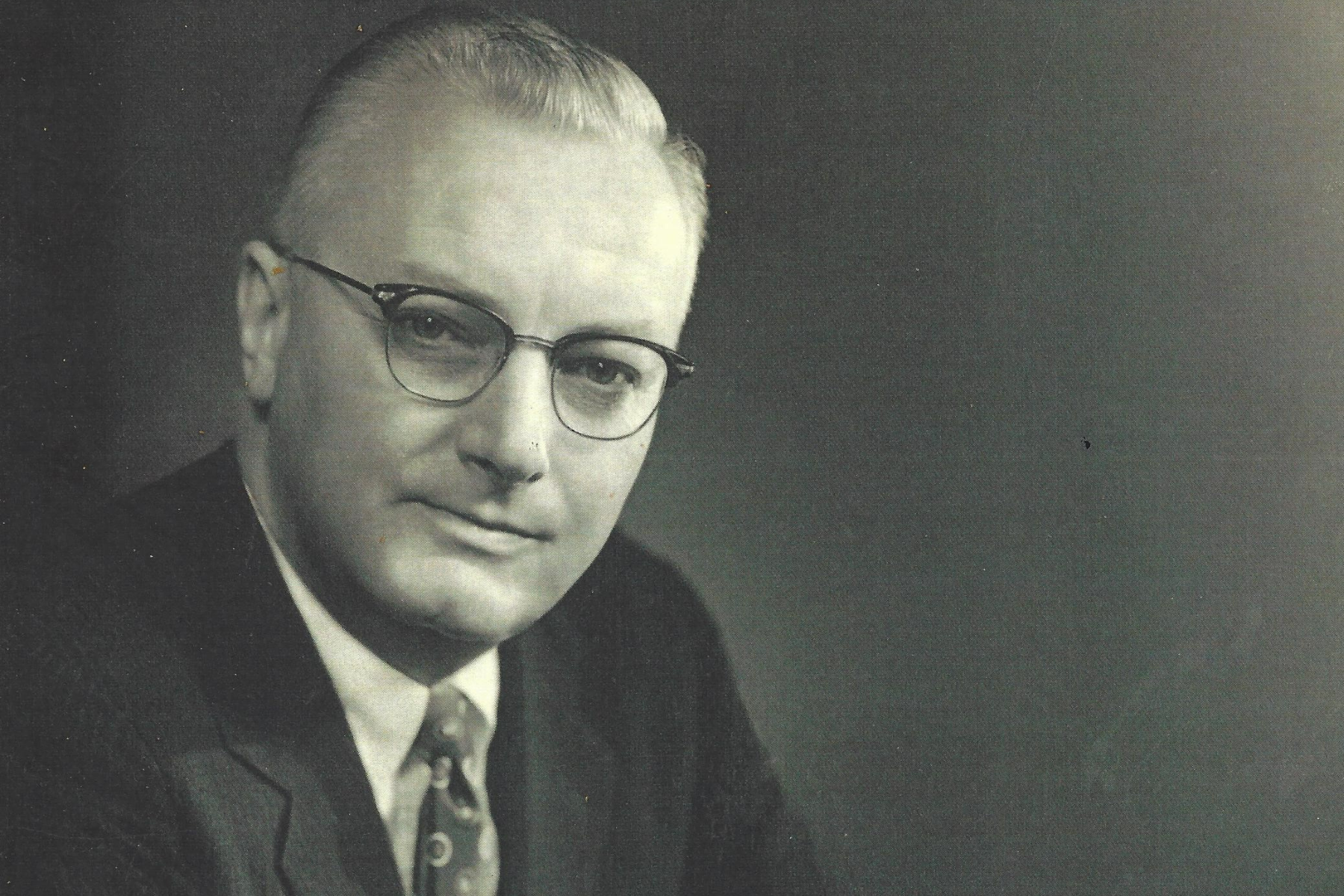 How George Gesman's simple act of including a directed donation to Huntsville Hospital Foundation in his will is having an ever-broadening impact on Alzheimer's patients, their loved ones and their caregivers.

George Gesman was a dedicated Huntsville businessman who began his career in the Rocket City as an Intelligence Officer at Redstone Arsenal. George later expanded his portfolio to include banking, real estate, development and insurance. He also contributed to the Huntsville community in many ways, including serving on the board of Directors for the Twickenham Historical Preservation Commission.

Even greater than George's love for his community was his love for his wife, Mary Elizabeth (Yarbrough), and her two sons, Carey, Jr. ("Sonny") and Walter Y. Walker, M.D. ("Buddy"), a local lawyer and a fine surgeon, respectively, whom he proudly helped raise since childhood.

George adored Mary Elizabeth. He took care of her after she received the devastating diagnosis of Alzheimer's and endured a harsh progression of the disease.

Following Mary Elizabeth's passing in 1992, George knew he wanted to make a longstanding contribution to the community that would further advance education and awareness of Alzheimer's.

Thus, George established the Mary Elizabeth & George Gesman Alzheimer's Symposium Fund at Huntsville Hospital Foundation, and at his death, made a generous bequest to the fund. This simple act of including a directed donation to Huntsville Hospital Foundation in his will is having an ever-broadening impact on Alzheimer's patients, their loved ones and their caregivers.

Beginning in 1997, Huntsville Hospital Foundation, in partnership with the Alzheimer's Association of Alabama, used a portion of the proceeds from this fund to present well-attended, highly-regarded educational conferences for family members, clinicians, and caregivers. These conferences have inspired some attendees to donate to the fund, including a nurse who made a monthly donation for several years.

Endowed named funds are wonderful vehicles to provide long-term support for a program, project or cause you care about . The initial contribution to an endowed fund is invested. Each year, a portion of the earnings are available to use, while another portion is reinvested for continued growth of the fund.

Along with reinvestments, donations can help a fund grow. While the Gesman fund has received donations from relatives and personal friends, many donations have come from people who also lost loved ones to Alzheimer's.

At present day, the Mary Elizabeth & George Gesman Alzheimer's Symposium Fund has almost tripled in value, enabling even more work to be accomplished in Huntsville for Alzheimer's awareness and education.

Family member Carey Walker III recently contacted the Foundation because he and his cousins Bob, Walter and John want to be intentional about honoring George and his loving motivation behind the establishment of the fund. Sadly, this family has experienced the death of another member from Alzheimer's.

The four men want to carry on that legacy and make a difference for those who personally experience this disease, as well as for their caregivers and loved ones . Perhaps most meaningful, they also want to pass on the values of compassion and generosity that transcend a lifetime and set an example for the generations to come.

This year, after careful consideration, family members decided to help fund an initiative created at Madison Hospital called Forget Me Not. The Forget Me Not program helps caregivers better communicate with and care for patients with Alzheimer's or dementia thanks to innovative, immersive training and ongoing education, including an annual community-wide symposium for physicians, nurses, caregivers, family members, and loved ones. Donations will also help provide room signage and armbands for patients with Alzheimer's so employees are alerted and know how to best interact with them. This initiative will impact Alzheimer's care in our community and continue to carry on the Gesman family legacy.

Please contact Lynne Berry Vallely at Huntsville Hospital Foundation if you would like more information about establishing an endowed named fund or supporting one of our existing funds.

George Gesman (1907 - 2002) was born and raised in Omaha and attended the University Of Nebraska at Lincoln. He was preceded in death by his mother, father and a sister, Ardella May (Stine) Gesman, Edward B. Gesman, and Lucille Gesman, respectively. Mr. Gesman was known to his family as "D.G." (short for "Daddy George") and he was a lifelong, supporting member of the Church of Nativity. George was also an avid fisherman, golfer, and nearly religious about turkey hunting in south Alabama. He is remembered for his benevolence and love of his family.